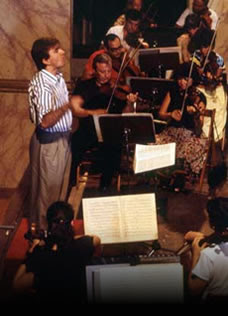 Universal Symphony Orchestra: founded and conducted the Orchestra as part of the first World Music Festivals held in India, 1995 – 1996.

Paul Badura-Skoda: collaboration for performances in India and Italy.

Prof. Leopold Hager of the Musikhochschule Wien: invitation as post-graduate in 2002-2003.

“The world is a huge orchestra in which each one of us has his own little insignificant part to play. The success of your instrument and mine depends not upon the amount of noise they make, but upon how perfectly they harmonize with the instruments about us; and he who, sufficient unto himself, insists upon blowing his own horn in his own big pompous way, finds himself not only a maker of discords, but also persona non grata to all the rest of the band. If Rotary can bring home to us a fuller realization of the fact that we are not individual performers, but rather small parts of a stupendous entirety, not only will our lives harmonize better with the lives of those around us, but will also find them easier and better worth living.” 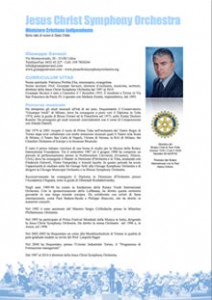